The National Multiplier Events: “A flight around the world” 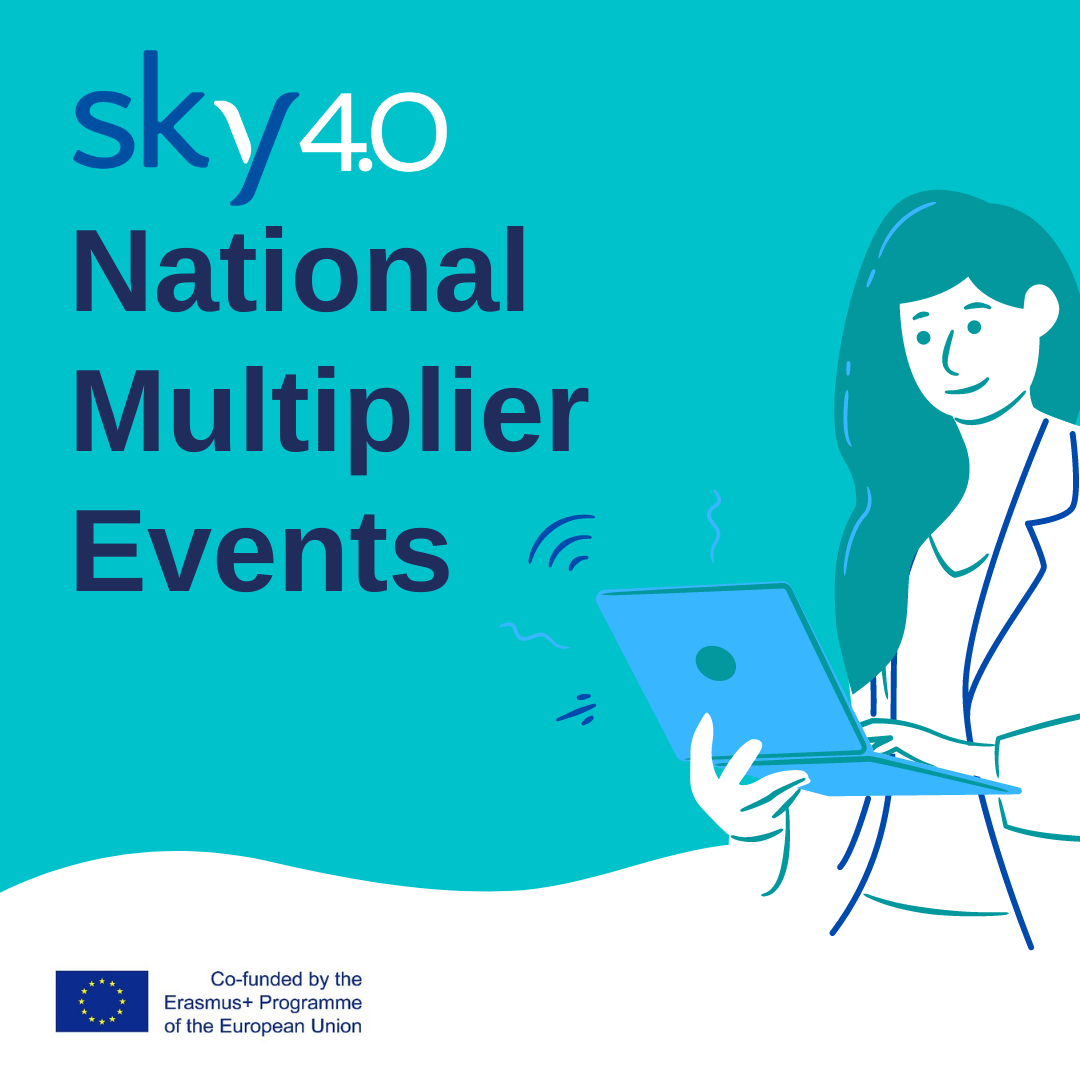 During these last months, three out of four Sky4.0 partners held national multiplier events where they presented interactive materials and introduced future aviation employees to online courses focused on developing soft skills. Each country specialized its focus to a particular soft skill:

The pilot training for future aviation industry workers in Rzeszów, Poland was organized on the 11th   of March 2021 by INNpuls Sp. and Aviation Valley, in cooperation with Podkarpackie Centre of  Innovation. The workshop focused on soft skills at work for Industry 4.0 in the aviation sector, especially cognitive flexibility.

Engaging exercises and active discussion, carried by an expert in areas of management and coaching, trying to find an answer to the following questions: What kind of employees does Industry 4.0 need? Intrapersonal skills at work – can this be learned? How to use intrapersonal skills for interpersonal communication?

The event supported sharing and introducing the future generation of aviation employees to online courses and interactive materials helping in the development of soft competencies.

There were 71 participants taking part in the online event including 45 students from technical universities in Rzeszów, poznań, Wrocław, Jasło, and Oxford, 15 students and teachers from VET schools, and 11 representatives of aviation companies. Additionally, the workshops were streamed live to two class groups of students at Technical University in Rzeszów. The positive feedback and active participation in the Q&A session of students showed us that they understand the need for soft skills starting from the first step such as a recruitment interview for any post in the aviation sector. 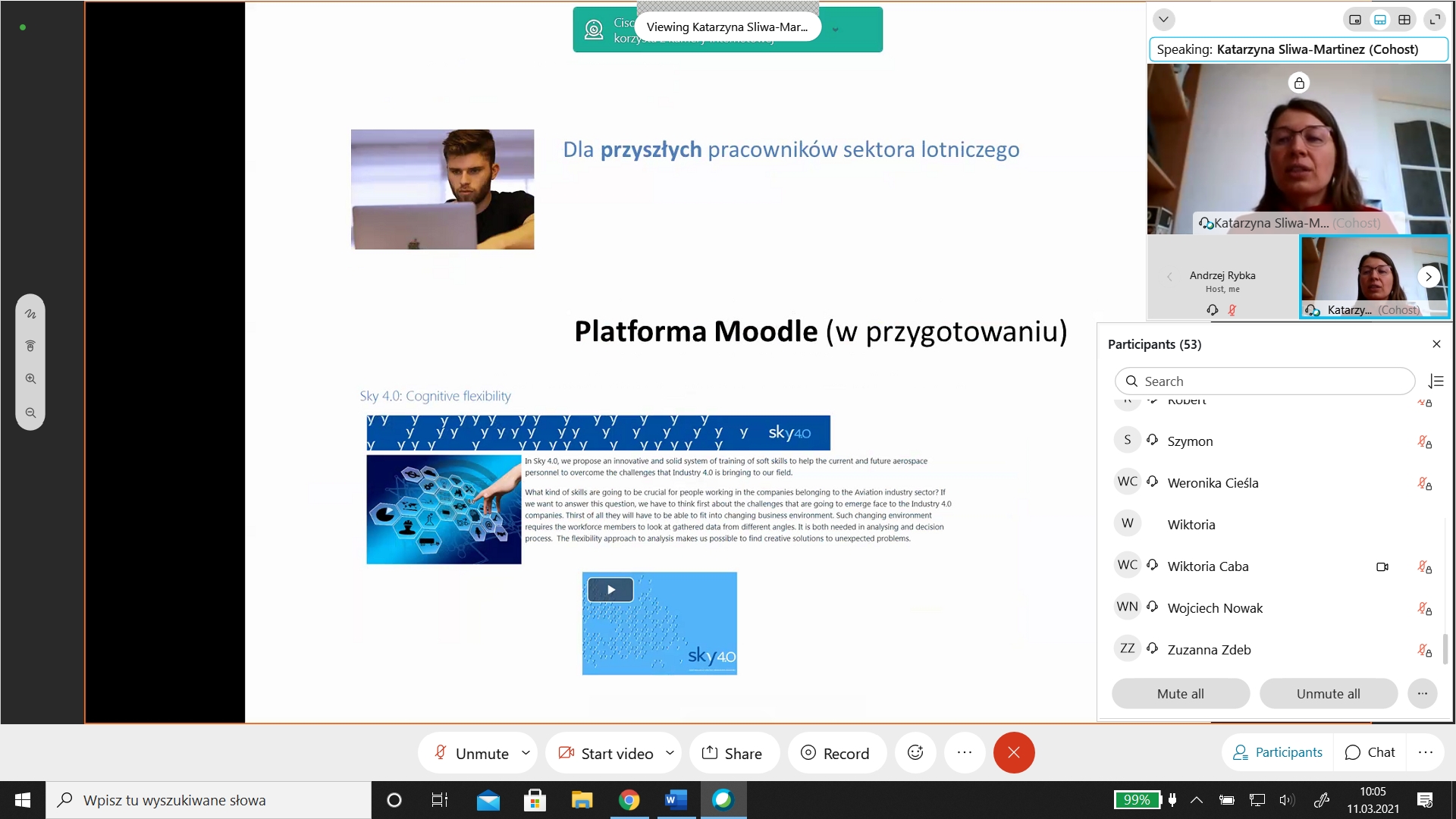 The event took place on the 1st of October 2020 in the online format through a Teams session. The main objective of this international event was to present and test the Sky 4.0 Moodle course on analytical thinking.

The group invited to the Sky4.0 session consisted of students from the Master of Aerospace Engineering at the UPM and a reduced team of Erasmus students from the ETSIA (École Supérieure des Technologies Industrielles Avancées, Bidart, France). In total,  the meeting counted with the participation of 37 students and 4 teachers.

During the meeting, the students were briefed about the contents that have been developed for each one of the soft skills, and they were invited to experiment with the course on analytical thinking. The course was settled locally into the Moodle server of the university so the student could access it like they usually would access their academic courses. After the students explored the course, an open discussion of 30 minutes took place to get some constructive feedback.

The students found the course easy to follow but considered that having the possibility to interact with a teacher and other students during the course would be useful. They did find Moodle important for developing soft skills, incorporate soft skills in their lessons, and facilitate everyone to streamline their routine tasks. Also, they pointed out that a key to success is to make user-friendly courses and activities.

The overall feedback about the course was excellent. Some minor improvements to the layout and corrections of errors were suggested. In general, the students found the duration of the course appropriate and considered the activities useful and interesting. And even though the participants were already familiarized with the idea of analytical thinking, the concepts tackled by the course and the approach of the course were new to them.

The Turkish National Multiplier Event took place on the 15th of April 2021 and was hosted in the online format from İzmir, Turkey using the Webex platform.

This event main objectives were designed to:

The group invited to the Sky 4.0 NME consisted of students from Ege University Aviation Higher Vocational School. In total, the meeting counted with the participation of 34 students and 1 ACA member company consultant.

During the meeting, the participants were informed about the project’s objectives and given a short explanation about soft skills and industry 4.0. To increase public participation some questions were explored using the Padlet platform. The comments and discussions were very effective and helped to create a clear understanding of the subject.  Before closing up, there was a Q&A session where was collected the students’ points of view regarding soft skills and the course itself.

The overall feedback was excellent! The students were very interested in the concept and stated their willingness to take the course soon. The attendees shared some thoughtful suggestions of improvement about the moodle platform for blind and hearing-impaired people. Also, some minor improvements were suggested. 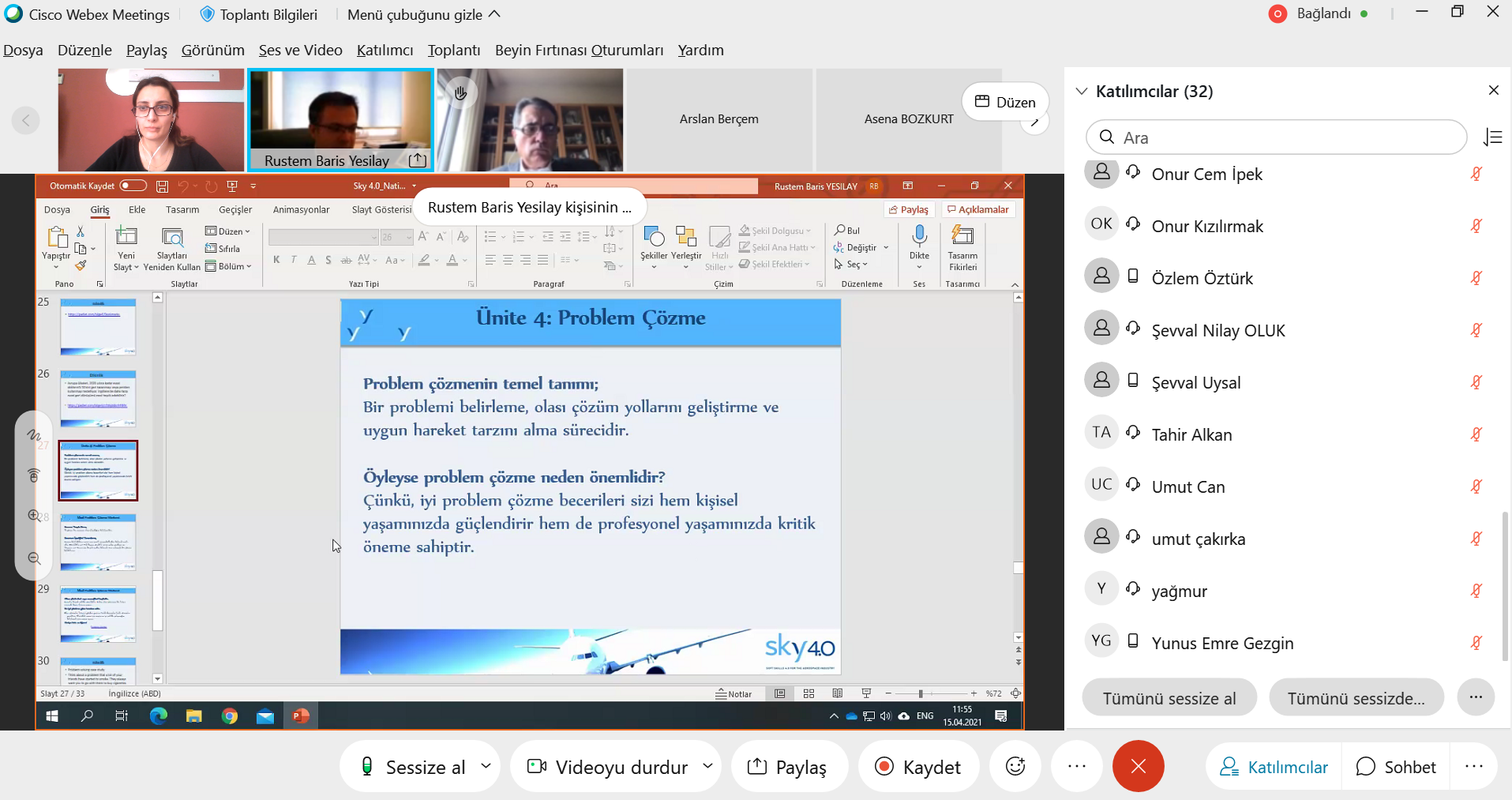 The national event is planned to happen in May 2021, we will soon come back with the news about the session!